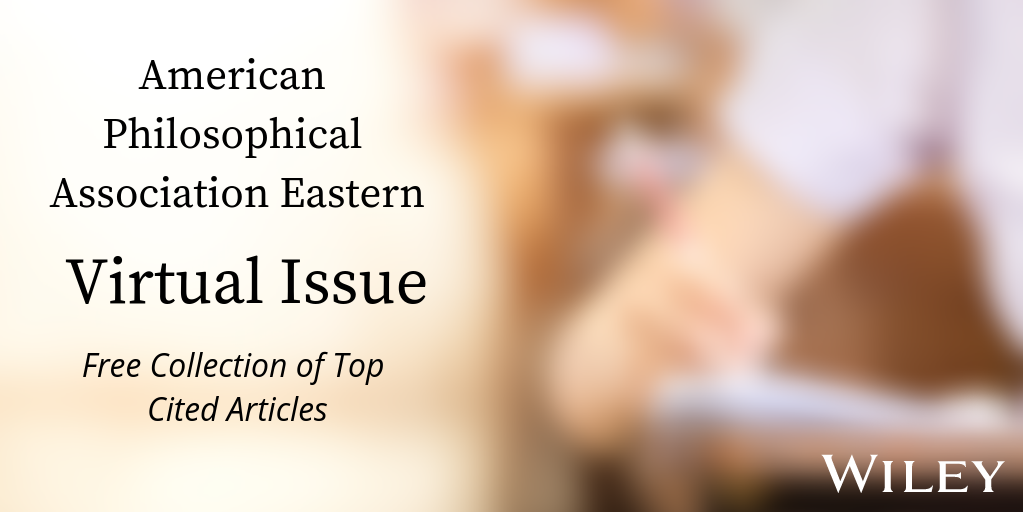 In January 2019, the American Philosophical Association will hold its Eastern meeting in New York City. In honor of the One Hundred and Fifteenth meeting, Wiley has compiled a free collection of the top cited articles in Philosophy from our publishing partners journals. This collection can be read by anyone until March 31st 2019.

Resolving the Tensions Between White People’s Active Investment in Racial Inequality and White Ignorance: A Response to Marzia Milazzo

Why Do Irrational Beliefs Mimic Science? The Cultural Evolution of Pseudoscience

On the Philosophy of Bitcoin/Blockchain Technology: Is it a Chaotic, Complex System?

A Demonstration of the Causal Power of Absences

Journal of Philosophy of Education

Sequencing Newborns: A Call for Nuanced Use of Genomic Technologies

THE ALLURE OF DARK TIMES: MAX WEBER, POLITICS, AND THE CRISIS OF HISTORICISM

LOGICAL NIHILISM: COULD THERE BE NO LOGIC?*

The Southern Journal of Philosophy

Thinking in the Zone: The Expert Mind in Action

Zygon: Journal of Religion and Science

THE HUMAN BEING SHAPING AND TRANSCENDING ITSELF: WRITTEN LANGUAGE, BRAIN, AND CULTURE

CONFUCIANISM AND UBUNTU: REFLECTIONS ON A DIALOGUE BETWEEN CHINESE AND AFRICAN TRADITIONS 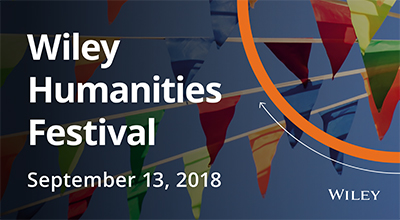 The field of humanities is changing rapidly, along with the world, as new technologies alter centuries of tradition in various disciplines. In this, the third year of the Wiley Humanities Festival, we’ll focus on the digital humanities, and how technology has revolutionized the way the humanities will be taught, learned, and researched for years to come. 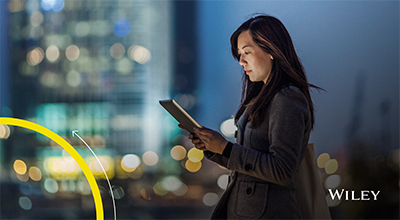 The festival will take place Thursday, September 13th, and will conclude with our free webinar, which looks at why technology matters, especially within the humanities in the twenty-first century. Below you’ll find brief introductions for the participants of our webinar.

Register now for the webinar and join us on September 13th to take part and learn more about the digital humanities.

Steve has a lifelong commitment to the fundamental mission of teaching and research in the humanities and social sciences.  After graduating in philosophy from McGill University in Montreal and Oxford University, Steve embarked upon a career in SSH publishing spanning over twenty-five years — first at Blackwell Publishers in Oxford UK, and then at Wiley in Boston MA.  Steve has served in various editorial capacities, including as editorial director of the social sciences and humanities books program during a period of transformational change.  Amongst other things, Steve helped lead and launch the creation of Blackwell Reference Online, the world’s largest and most authoritative digital reference resource, and Wiley’s ambitious portfolio of eMRWs.  In more recent years, Steve has been focusing on strategic development and the fast-growing open access program at Wiley.

Professor Kingsley Bolton joined Nanyang Technological University in 2013, as Professor of English Linguistics and Head of the Language and Communication Centre. Professor Kingsley Bolton has published sixteen books (edited and authored), and more than eighty journal articles and book chapters. He is Co-Editor of the Wiley journal, World Englishes. He is also a Member of the Editorial Boards of Applied Linguistics Review, Educational Studies, English Today, English World-Wide, Global Chinese, and the Journal of World Languages. Professor Bolton served as Elected President of the International Association for World Englishes from 2003-04, is a Founding Fellow of the Hong Kong Academy for the Humanities, and Professor Emeritus of Stockholm University, Sweden.

Miranda Richardson has been Editor of the International Journal of Nautical Archaeology, published for the Nautical Archaeology Society, for the past six years. A love of sailing, diving, and an archaeology education and career, followed by a stint in newspaper journalism, brought her to the role, of which she says: ‘How could I not love it? I get to sail both around the world and through time, at least in my imagination’. The constraints of working under water have made maritime archaeologists early adopters of new technologies and encouraged them to use digital means to present current research to both academic audiences and the general public.

Lizzie Brophy is currently a Senior Journals Publishing Manager at Wiley where she manages a list of Political Science, Archaeology, and Geography journals. Her background is in Classical Archaeology, and she completed her DPhil in Ptolemaic and Roman Royal Sculpture at Oxford in 2015. Since joining Wiley as a Journals Publishing Assistant in 2015, she has been putting those research skills to use, especially thinking about journal metrics and the role of social media in the research landscape.

We hope you’ll join us for a lively discussion of the evolution of the humanities! 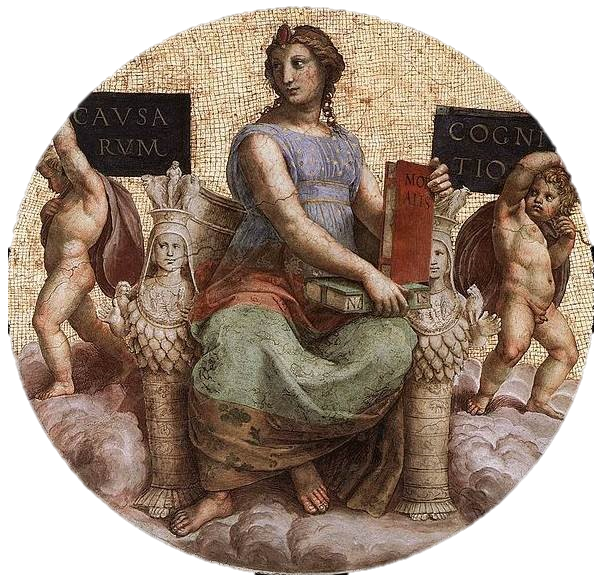 Congratulations to Jane Friedman, Stephen White, and to all the 2017 award winners! 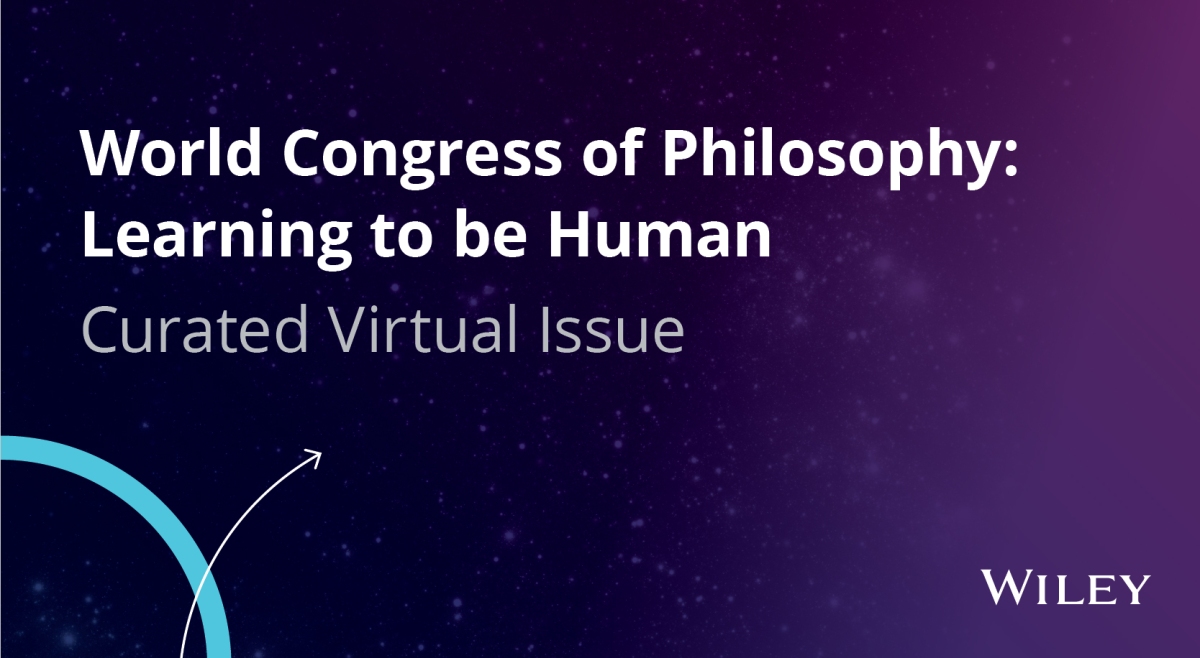 Beginning August 13, philosophers from around the globe will gather in Beijing at the World Congress of Philosophy. Organized every five years by the International Federation of Philosophical Societies (FISP), the congress addresses pressing philosophical issues. This year’s theme, “Learning to be Human” discusses the intricacies of humanity. Topics to be addressed include education,  the environment, social learning, and governmental policy. The list below features articles that hit on some of the key subjects expected to be addressed. 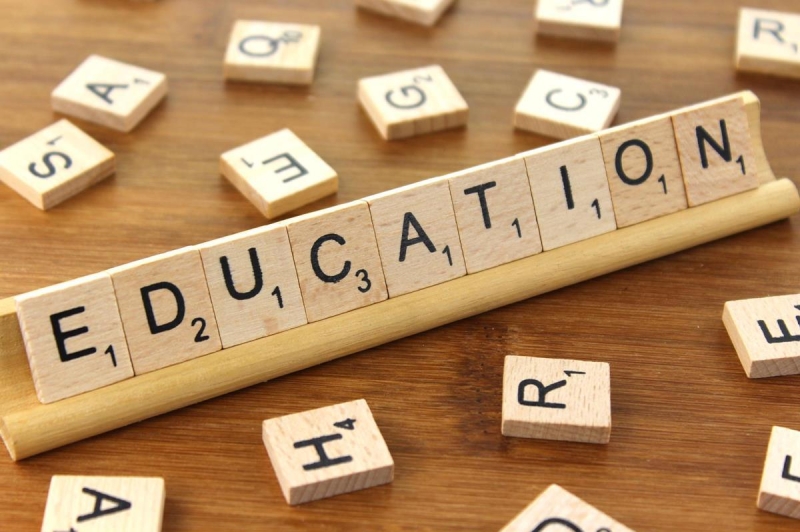 Play’s the Thing: Wherein We Find How Learning Can Begin

Neuromedia and the Epistemology of Education

Rethinking Vulnerability in the Age of Anthropocene: Toward Ecologizing Education 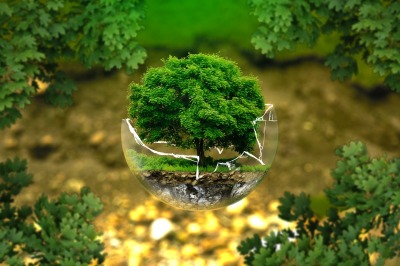 Beyond Eschatology: Environmental Pessimism and the Future of Human Hoping 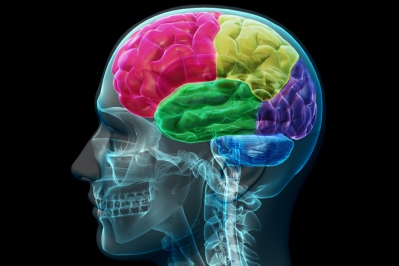 Imitation from a joint action perspective

Repair: The Interface Between Interaction and Cognition 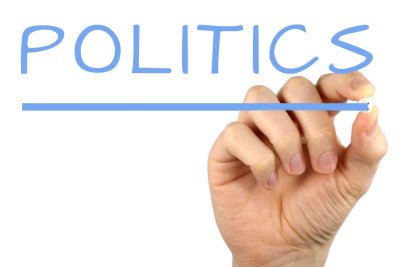 The Inner Life of Democracy: Learning in Deliberation between the Police and Communities of Color

Engagement, passivity and detachment: 16‐year‐old students’ conceptions of politics and the relationship between people and politics

A retrieval of historicism: Frank Ankersmit’s philosophy of history and politics 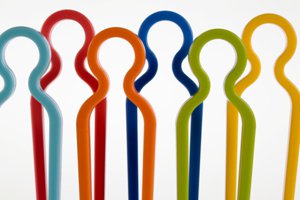 All of us who work at universities know it: Diversity promotes creativity. The intellectual environments that contain people of different genders, origins, cultures, and educational backgrounds tend to be the most creative ones. New ideas emerge when different perspectives meet.

Philosophy, with its long dialogue tradition, can be a wonderful meeting-ground for different experiences and cultural traditions. I also believe that human and cultural diversity is even more important in philosophy than in most other academic subjects. Let me explain why.

There are at least three arguments for diversity in an academic discipline. The first and most obvious argument is that of equal opportunity. Secondly, there is the recruitment argument. If we only recruit white males, then we will miss all the talented people who do not belong to that minority. These two arguments apply equally to all academic subjects. But then there is a third argument that is more important for some disciplines than for others, namely that of specific contributions: In some disciplines there is a particularly strong need for people with a wide variety of life experiences in order to see things from as many perspectives as possible. This applies obviously to the social sciences. Female researchers in sociology and economics have put focus on the life conditions of women. Members of ethnic minorities have uncovered previously ignored aspects of their country’s history.

As I see it, this applies to philosophy as well. In order to see what is universal in the human experience we need to combine as many different perspectives as possible. In order to philosophize better we need to be a diverse lot in terms of backgrounds and life experiences. It would be a serious mistake to see gender equality, multiculturalism and the representation of minorities as some sort of “external” requirement that is imposed on us. We need diversity in order to do our job properly. 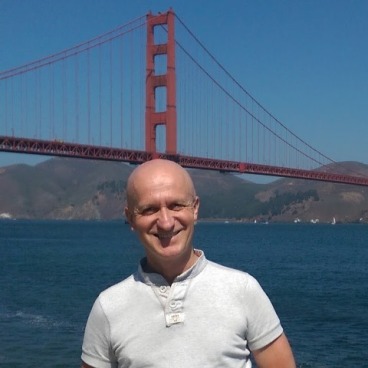 I’m a consequentialist, so forgive me if I don’t spend a great deal of time parsing the meaning of ‘ethics matters’. I shall leave that task to ‘real’ philosophers. Ethics uncontroversially matters if we take ‘matters’ to mean ‘be of consequence’. In case you doubt this claim, and you should not, let me give you just a few high-profile examples.
‘…the question is not, Can they reason? nor, Can they talk? but, Can they suffer? Why should the law refuse its protection to any sensitive being?’ Most students of ethics will have come across Jeremy Bentham’s rhetorical question that changed the nature of the international animal rights movement. Having taught bioethics for a bit more than two decades now, I can testify to the large number of students whose views on the moral status of animals were changed for good by Peter Singer’s Animal Liberation. A lot of the students have sworn off eating sentient non-human animals altogether.
While I’m talking about Peter Singer, he published a while ago a piece in the first issue of a that-time unknown little journal called Philosophy and Public Affairs. He called it ‘Famine, Affluence and Morality’. Leaving aside for a moment that this journal article has become a mainstay in ethics undergraduate course, textbooks and whatnot else, Singer eventually used his stature to start a movement asking us to contribute individually to particular charities that are most likely to generate the greatest impact from our donations. Do a Google search to check on the large number of activist groups his arguments have spawned. You’d try the same for the work of influential feminist ethicists such as Judith Jarvis Thompson’s work, or that of Sue Sherwin.
Another area where ethics matters a great deal is in the context of policy development. Just think of research ethics. Binding research policy documents in most countries today are the result of extensive debates about the ethics of clinical research, exploitation in non-therapeutic research in the global south and other such issues.
The introduction of medical aid in dying in an ever-growing number of jurisdictions owes much to ethicists who have dissected normative counter arguments and whose works have been cited in some of the most consequential court and/or parliamentary proceedings, certainly in the Anglo-Saxon world.
Ethics apparently motivates ethicists to do the right thing, going beyond merely producing academic content. A number of Australian academics have not only published academic content on Australia’s appalling treatment of refugees, they have also become activists trying to change the status quo. Those who argue that ethics also provides reasons for action might gain satisfaction from knowing that there are at least some examples suggesting that they might be on to something.
Arguably, the works of ethicists as well as political philosophers have significantly contributed to public reason becoming the modus operandi of political debate in multi-cultural societies all over the globe. Apparently, ethics can matter. Of course, I could point you to any number of ethics papers that have aimed to remain inconsequential and they succeeded fully on that count. It is worth raising the question of the ethics of such ethics content production. 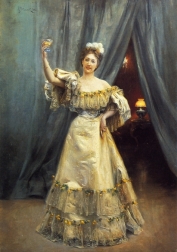 Once again, The Philosopher’s Annual took on the task to choose the 10 best articles in philosophy published in 2015. We are very pleased they chose two articles from journals published by Wiley: Chiara Cordelli’s article “Justice as Fairness and Relational Resources,” published in the Journal of Political Philosophy, and Kenny Easwaran’s article “Dr. Truthlove or: How I Learned to Stop Worrying and Love Bayesian Probabilities,” published in Noûs.

Congratulations to Chiara Cordelli, Kenny Easwaran, and to all the 2015 award winners!