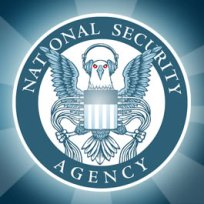 The US-German friendship is stable, right? Or is it? How much is a friend allowed to know and how much of this knowledge is a friend allowed to gain without the other person’s knowledge? Apparently, friendship does not equal friendship and some people have more rights than others. What I am referring to here is obviously the NSA scandal. So much has been said about it already, that I actually did not want to write about it anymore. However, the recent development with regards to the German Chancellor Angela Merkel do make me really angry. I am not angry about the NSA spying on Mrs. Merkel in particular. I do not think it is correct to spy out your own citizens without a good reason, let alone people in other countries. I am angry, because Mrs. Merkel did not say much when the NSA scandal broke several month ago, hence showing that she essentially was in accord with the NSA and saw no fault with the action, but she is bitterly complaining now. But is there a difference in the NSA spying on her or spying on random citizens? Politically there is a difference, and I am well aware of that. My conversations about philosophy or who is cooking dinner are not earth shattering revelations, but Mrs. Merkel’s conversations with global leaders might be just that. But aside from that aspect, where is the difference? Does moral outrage only function when important people are concerned? In moral philosophy that is clearly not the case. The idea of moral philosophy and the establishing of a moral code is that it is valid for all people, regardless of their standing in society. Everyone has the same obligations but also the same rights. In Germany especially the “crime” of eavesdropping evokes painful and angry memories for many of its citizens. Spying on regular people was normal and accepted standard during WWII and later on in the GDR. Mrs. Merkel especially, who grew up in the GDR, should know about the feeling of helplessness in the face of political eavesdropping and the resulting consequences. Still she did not say anything before she herself was the victim. Is that an inherent flaw in the human character that we only react if we ourselves are targeted? Apparently we live yet again in a society where people look away, as long as they are not concerned. What has to happen for that to stop? When does a wider moral understanding surpass momentary moral outrage? Can we be global moral citizens, or do we just get what we earn, because we still have not learned to be responsible?

I am a philosopher of science with the main focus on philosophy of medicine. I write about evidence based medicine, medical research versus medical practice, ethics in medicine and why medicine needs to be patient centred and how we can achieve that. View all posts by the medical philosopher