In this exciting virtual issue, the editorial team have selected some of the best articles, critical notices and reviews published in Philosophical Investigations from 1980 to the present day. We are confident that you will find this virtual issue interesting and informative. See below for a full list of articles, critical notices and reviews. END_OF_DOCUMENT_TOKEN_TO_BE_REPLACED 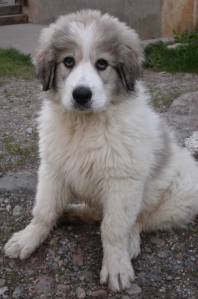 The link between animal abuse and interpersonal violence is becoming so well established that many U.S. communities now cross-train social-service and animal-control agencies in how to recognize signs of animal abuse as possible indicators of other abusive behaviors. In Illinois and several other states, new laws mandate that veterinarians notify the police if their suspicions are aroused by the condition of the animals they treat. The state of California recently added Humane Society and animal-control officers to the list of professionals bound by law to report suspected child abuse and is now END_OF_DOCUMENT_TOKEN_TO_BE_REPLACED

Christopher Hitchens takes to the pages of Newsweek to publish a glorious anti-Olympics rant.  The subtitle is the thesis:  “How the Olympics and other international competitions breed conflict and bring out the worst in human nature.”

Hitchens is too quick to declare the issue settled, but he’s on to something interesting.  What should moral philosophers– especially virtue ethicists– say about the character trait of competitiveness?  Hitchens is making the “vice” case:  excessive competitiveness can, indeed, bring out the worst in us.

There’s no doubt that the competitive spirit, allowed or encouraged to run amok, can have the terrible consequences Hitchens catalogs.  But the same can be said of uncontroversial virtues.  Generosity, allowed or encouraged to run amok, can lead to terrible outcomes.  Consider the excessively (or exclusively) generous person who might help a jonesing addict buy his next dose of heroin, or help a struggling thief carry a heavy painting away from a museum. 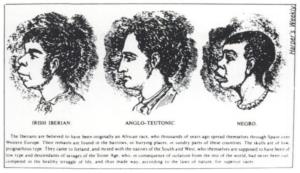 K-Punk (aka writer Mark Fisher) writes about possible responses to the BNP on his blog:

“Much of the BNP’s appeal derives from its granting of legitimacy to those feelings of resentment and aggrievement – yes, it says, you’re right to feel angry and betrayed…Here, class emerges…But this brief flash of class antagonism is immediately subsumed by race-logic”.

Later on he notes that any effective response to the BNP cannot simply argue with the BNP within the current framework, but seek to undermine the framework itself, this thing that sublimates class differences into racial differences. He describes this process using a particularly philosophically-loaded term: Narrative.

Narrative is that which gives structure to everyday human existence – it is historical, social. In After Virtue, Alasdair Macintyre argues that the self is a “narrative self” (as opposed to an “emotive self”) – identity is constructed by the myriad roles an individual plays in multiple systems. The good for an individual must therefore be “the good for one who inhabits these roles” (AV, 220). If Macintyre’s argument holds water, this means that social critiques – such as the one detailed in the previous paragraph – have not only political implications, but moral ones.