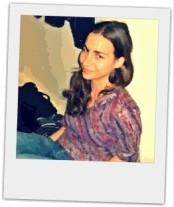 We’re delighted to announce the appointment of the new chief editor of Philosophy Compass, Elizabeth Barnes, who will be coming on as of today and continuing the great work begun by Brian Weatherson. Elizabeth is an Associate Professor in the department of philosophy at the University of Leeds. Her research interests are split between metaphysics and ethics. In metaphysics, she’s written on indeterminacy, emergence, truthmaking, and the open future. In ethics, her work has focused on disability and wellbeing.

The team would also like to extend their warm thanks and appreciation to Brian for the leadership and vision he has shown in the 6 years since launch. During his tenure, the journal has gone from being a largely unknown online novelty to now playing a unique and respected role in philosophical scholarship.

Welcome Elizabeth, and thanks Brian!

Aaron Meskin is Senior Lecturer in Philosophy at the University of Leeds. He is the author of numerous journal articles and book chapters on aesthetics and other philosophical subjects. He was the first aesthetics editor for the online journal Philosophy Compass, and he co-edited Aesthetics: A Comprehensive Anthology (Wiley-Blackwell, 2007). He is a former Trustee of the American Society for Aesthetics and is Treasurer of the British Society of Aesthetics.

Philosopher’s Eye: Why did you two decide to edit The Art of Comics: A Philosophical Approach?

AM: I thought there was enough good

work out there being done on comics that someone could produce a good book on the subject matter. I like to work collaboratively, so when I met Roy it seemed like a good idea to work together. I suppose there’s also a sort of selfish reason–philosophy is about conversation and I wanted more conversation (and more interlocutors) on a topic I care about.

RTC: Aaron was nice enough to ask me – someone with no prior professional experience in aesthetics – to comment on a three-paper session on comics at an aesthetics conference. The volume was conceived over coffee at the same conference, based on the positive response to the papers and resulting discussion.

PE: What’s the central concern of the book, and why is it important?

AM & RTC: The book focuses on the aesthetic issues that are raised by the art form of comics. It is not philosophy ‘in’ or ‘through’ comics–the basic idea is END_OF_DOCUMENT_TOKEN_TO_BE_REPLACED