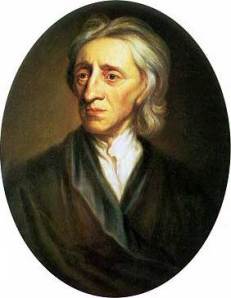 April 7th 2010 was the date on which the Digital Economy Bill (now Act) was crow-barred through the Houses of Parliament. Aside from the obvious unfairness of the Act’s methodology (see here), the underlying principles of intellectual property which it seeks to defend require careful revaluation in themselves.

To begin with, it is based on the notion of authorship. This idea was extensively critiqued by Roland Barthes and Michel Foucault in the 20th century. For Barthes, the figure of the author closed down the possibilities of a text. By killing the author and birthing the reader, limitless interpretations of a given text are possible. Foucault meanwhile saw the author as a potential figure for blame if a text is offensive, controversial, dangerous. The author can be punished for the text he/she created. Both are united in their view that authorship acts as a form of control, though one saw this as artistic control, the other social. (Ironically, it is not the nominal authors of a creative work that are likely to benefit from the Digital Economy Act; rather, it is the owners.)

END_OF_DOCUMENT_TOKEN_TO_BE_REPLACED 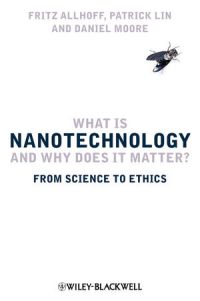 PE: What makes this area interesting to you? END_OF_DOCUMENT_TOKEN_TO_BE_REPLACED

If you are one of those Santa-skeptics (you know–the kind who thinks Mom and Dad are responsible for all those presents under your Christmas tree) then there’s a book written just for you: The Truth About Santa, by Gregory Mone.  This book is for readers who respect science enough to know that the traditional story of Santa Claus faces serious and familiar challenges.  For instance, according to animal physiologists, reindeer can’t fly; a thorough study of satellite images fails to reveal a workshop at the North Pole; and rudimentary mathematical skills are enough to confirm that a journey to two-hundred-million chimneys takes 190 years (not one night) if each stop lasts only thirty seconds.

How, according to Mone, does Santa do it?  Simple: END_OF_DOCUMENT_TOKEN_TO_BE_REPLACED

The edifice of perfection surrounding Tiger Woods gave way on Thanksgiving Day last week. Not only did Tiger inexplicably crash his car into a fire hydrant and tree outside his Florida home, but he did so after an alleged fight with his wife about his now confirmed philandering. The resulting media frenzy has been both intense and constant: causing Tiger to issue an initial plea for people to “respect his right to some simple, human measure of privacy.” Tiger’s plea raises many important and interesting philosophical questions–some of which are discussed in this NY Times “Room for Debate” commentary. END_OF_DOCUMENT_TOKEN_TO_BE_REPLACED 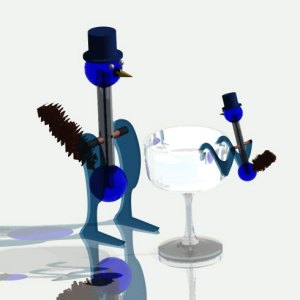 The Thread begins a new series on London’s Resonance FM, starting with an episode entitled ‘The Poetics of Twitter‘. The Twitter device reveals interesting and often counter-intuitive phenomena that challenge pre-conceived philosophical and aesthetic notions – about formation of the self, about Ego, about what ‘space’ or ‘network’ might mean, about semiotics.

Most fascinating are the multifarious manipulations of the Twitter form by artists, poets, academics: a piece of software designed to attract followers according to an exponential scale and then groom these followers according to a specific demographic; another that posted every letter typed into a particular PC directly onto a Twitter account, revealing intimate details of a person’s activities; another using Twitter as the structural framework for a kind of automatic poetry.

Fascinating also is what the response to such new media may be from traditional academic circles. In an attempt to keep up with hyperspeed technology, will we see more fragmentary, topical discussion-based analysis and less long-form literature?

The first week of the conference has come to an end, and the final day has included two exciting papers, as well as a publishing workshop. The first paper entitled ‘Full Disclosure of the “Raw Data” of Research on Humans: Citizens’ Rights, Product Manufacturer’s Obligations and the Quality of the Scientific Database’ was presented by Dennis Mazur (Oregon Health and Sciences University). In his lecture, Mazur highlights the difficult and contentious issues involved in human testing, particularly the tensions between participants and drug manufacturers.

The second paper also takes an interdisciplinary approach to medical matters. Eileen Smith‐Cavros (Nova Southeastern University) lecture entitled ‘Fertility and Inequality Across Borders: Assisted Reproductive Technology and Globalization’ looks at the emotive issue of assisted reproduction. By surveying existing literature, Smith Cavros is able to look in detail at some of the many issues which impact upon reproduction.

Together with these two papers, Duane Wegener’s (Purdue University) publishing workshop: ‘Top 10 mistakes New Scholars Make When Trying to Get Published’ marked the end of the first week. Enjoy the weekend and we look forward to seeing you next week.

Does the medium of pen and paper allow for a greater intimacy than the keyboard? Is the distance between the author and the ‘written word’ somehow smaller than that of ‘typed words?’ In a lecture course on the Pre-Socratics, Martin Heidegger poses similar questions. The late German thinker suggests that the advent of the typewriter marks a clear transition towards a kind of ‘sign-less’ writing, a writing cut off and ‘concealed.’

But have such concerns become vastly outdated? Modern technology has prompted a new set of terms, a new comparison of ‘distance:’ the ‘typed’ versus the ‘cyber.’ The New York Times recently posted a ‘running debate’ on the positive and negative aspects of ‘E-books.’ The many perspectives offered especially focus on questions concerning the ability of E-books to meet the educational ‘needs’ of the ‘human brain.’ END_OF_DOCUMENT_TOKEN_TO_BE_REPLACED