What would it take for you to believe? It’s an interesting question to put to any atheist, and often the answer can come as quite a surprise…to them. Given that you are aware of the arguments for God’s existence and find them to be un-compelling, which of any of the standard religious experiences would manage to make a believer out of you? A voice from the heavens? “I would probably dismiss that as some sort of audible illusion. Probably thunder, or an airplane, that I’m mishearing and falsely interpreting as a voice.” A direct appearance, before your very eyes, of an angel, or even of God Himself? “Likewise, I’d think I was hallucinating. I’d probably ask myself what I’d eaten that day! Or who had spiked my drink!” What if the apparition came back day after day, and you knew there was no extraneous cause? “Then I’d think that I had gone mad.” Really, the answer is that for many atheists there is simply nothing that they could experience that could convert them from their position. And then they are surprised when they meet the exact same attitude in their theistic opponents!

So, considering this, a sentence caught my eye recently in the abstract for an article on ‘Militant Modern Atheism’ that I happened to stumble across; in talking about the contemporary debate between theists and atheists, “The challenge [for the militant modern atheist] is to develop a well-articulated and convincing version of secular humanism.” This is followed by, “Meeting that challenge is, I claim, one of the central problems of philosophy today.” The author is sensibly responding to the deficiencies of the particular variety of ‘militant modern atheism’, and is pointing out that they need to offer a little more, by way of an incentive to the believer that they wish to persuade to their position, than merely END_OF_DOCUMENT_TOKEN_TO_BE_REPLACED 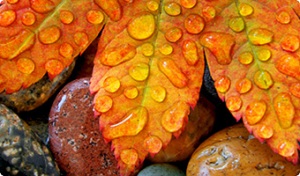