We’re delighted to announce the appointment of the new editor of the Naturalistic Philosophy section of Philosophy Compass, Edouard Machery.

Edouard is Associate Professor in the Department of History and Philosophy of Science at the University of Pittsburgh, a Fellow of the Center for Philosophy of Science at the University of Pittsburgh, and a member of the Center for the Neural Basis of Cognition (Pittsburgh-CMU). His research focuses on the philosophical issues raised by psychology and cognitive neuroscience with a special interest in concepts, moral psychology, the relevance of evolutionary biology for understanding cognition, modularity, the nature, origins, and ethical significance of prejudiced cognition, and the methods of psychology and cognitive neuroscience. He has published more than 60 articles and chapters on these topics in venues such as Analysis, Behavioral and Brain Sciences, The British Journal for the Philosophy of Science, Cognition, Mind & Language, Philosophical Transactions of the Royal Society, Philosophical Studies, Philosophy and Phenomenological Research, and Philosophy of Science. He is the author of Doing without Concepts (OUP, 2009), and he has been an associate editor of The European Journal for Philosophy of Science since 2009. He is also involved in the development of experimental philosophy, having published several noted articles in this field.

Christmas – Philosophy for Everyone

Better Than a Lump of Coal

From Santa, elves and Ebenezer Scrooge, to the culture wars and virgin birth, Christmas – Philosophy for Everyone explores a host of philosophical issues raised by the practices and beliefs surrounding Christmas. Offers thoughtful and humorous philosophical insights into the most widely celebrated holiday in the Western world Contributions come from a wide range of disciplines, including philosophy, theology, religious studies, English literature, cognitive science and moral psychology The essays cover a wide range of Christmas themes, from a defence of the miracle of the virgin birth to the relevance of Christmas to atheists and pagans

The European Journal of Philosophy is delighted to bring you this Virtual Issue on the theme of Nietzsche. Please click on the articles below to read for free, along with the introduction by Robert Pippin from the University of Chicago. 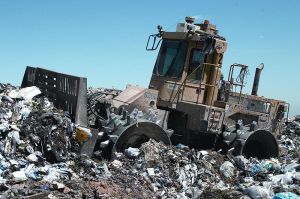