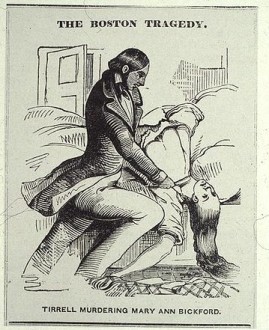 In July, Brian Thomas strangled his wife Christine to death. He was acquitted because he suffers from a sleep disorder. This is far from unprecedented. The first defence of this kind in court occurred back in 1846 by Albert Tirrell for the murder of Maria Ann Bickford. The prosecution in Mr Thomas’ case summarised the situation like so.

“In other words, at the time of the killing the defendant was asleep and his mind had no control over what his body was doing.”

What does this mean? We cannot say that he was entirely unaware of his surroundings or his own limb movements (and so perhaps actions) during the episode. For he reports believing, at the time, that someone had broken into their room and was on top of Christine. This motivated him to strangle someone, but a person other than he thought it was. Presumably this action would have involved some kind of control over his limbs in the sense that he could guide his hands toward someone’s neck, despite the neck moving around, move his body over to a given location, and so on. So then is it not false that ‘his mind’ had no control over ‘what his body was doing’?

Another explanation of what the prosecutor has in mind can be got from papers by Jennifer Hornsby (Knowledge, Belief, and Reasons for Acting) and John Gibbons (Knowledge in Action). They present Gettier cases of beliefs that play a part in the explanation of an intentional action. What they find is that if the beliefs are only luckily true, then the intuition is that the action is not intentional. So then, applied to this case, Mr Thomas had a belief that there was someone there, that he was strangling, but because of the state he was in, he mistook his wife to be someone else, an intruder. So the action was not intentional. This was not because his mind had no control over his body. But because he did not have the right kind of awareness of how things are for his action to be intentional.

For a summary of the case go here or here.