We hear all the time that the industrialized food that we eat and the objects made of plastic and alike that we use (may) contain toxic substances. In many cases, substances that cause cancer in humans: the so-called carcinogens. These substances are so omnipresent that most of us learned to ignore their existence. “I shouldn’t drink this soda because it may cause cancer, but oh well; if I keep thinking like this I won’t eat anything… so let’s just hope for the best!” But how much are we actually risking ourselves? How threatening is our “manmade” environment? And what seems to be the most urgent question: how can we possibly acquire these answers? END_OF_DOCUMENT_TOKEN_TO_BE_REPLACED 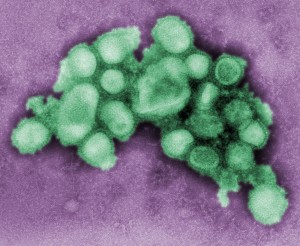 It is winter now in Australia and what is feared will be happening in the northern hemisphere when winter arrives, is already the case in the southern hemisphere. Swine flu is becoming more virulent and the necessity to test the vaccines that have been developed since the outbreak of swine flu becomes more urgent. Two pharmaceutical companies in Australia have begun human trials and many volunteers have signed up. Among the volunteers are 400 children, some of them under one year old. It seems logical to test the vaccine on children, since they proved to be one of the most vulnerable groups. The question however is, if it is ethical to involve children in such a trial? END_OF_DOCUMENT_TOKEN_TO_BE_REPLACED