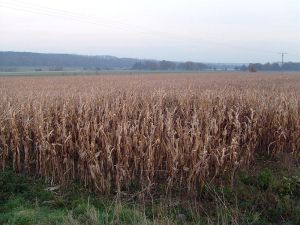 The thought of genetically modified food, for most people, automatically produces feelings of revulsion, perhaps in some people, even visions of mutated carrots with wings and potatoes with three eyes. Fear of GM food is something which seems to be fairly ingrained in popular consciousness, but peoples reasoning for why they feel this way about GM food is often murky and confused.

Given this fear of GM food, it will be with some trepidation to many people that it has been suggested by the governments chief scientist, Sir John Beddington, that human survival may depend on the cultivation of genetically engineered crops, given the prospect of high food prices, slower food production and a general trend of increase in world population. END_OF_DOCUMENT_TOKEN_TO_BE_REPLACED