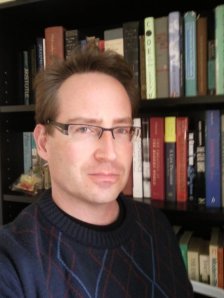 Surely you own your own genes, don’t you? Think again. Presently, more than one-fifth of the human genome is fully patented. Corporations and universities now own the exclusive rights to many precious parts of you. We spoke to David R. Koepsell, author of Who Owns You? The Corporate Gold Rush to Patent Your Genes about what led him to write about the realities and implications of gene patenting.

Philosopher’s Eye: Why did you decide to write Who Owns You?

David Koepsell: One of my major research topics over the years has been the philosophical aspects of intellectual property. My first book, The Ontology of Cyberspace (Open Court 2000) explored the nature of IP in computerized media. I had been doing some reading on the Human Genome Project and was astounded to learn that genes had begun to be patented during the HGP, and well afterwards. END_OF_DOCUMENT_TOKEN_TO_BE_REPLACED