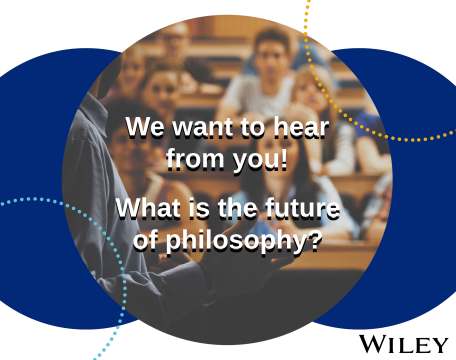 At this year’s APA Eastern Meeting, we asked you, “What you think is the future of philosophy?” and “What questions you might have for your peers?” Here’s what some of you had to say.

“The future of philosophy ought to be a more systematic engagement with the problems, challenges, and possibilities of globalized civilization – critically analyzing and constructively envisioning of the collective and sustainable future of humanity.”
– David Sprintzen, Long Island University

“The discipline will continue to investigate itself – historically and demographically. More critical race and gender. More inclusive and more diverse styles of writing and topics.”
– Storm Heter, East Stroudsburg University

“I think that philosophy study will incorporate more from the sciences (natural and social sciences). But what exactly do philosophers make use of science requires more thinking.”
– Anonymous

“The future of philosophy will depend on the ability of philosophers and humanists to demonstrate the necessity of humanities and critical thought to a democratic society.”
– Kevin Jobe, Morgan State University

“Since the Cold War, Philosophy has been separated from the Political World. The future will be the cooperation between the two worlds.”
– Anonymous

“The future is what philosophers must take seriously – expansion of applied philosophical dialogue with other disciplines – What is the value of philosophy in public space?”
– John M. Abbarno, D’Youville College

Missed your chance at APA Eastern? Tell us your thoughts in the comments below!

Read more: here’s a post from 2011 where Matti Eklund discusses Trends in Philosophy.

And, browse our philosophy journals free for 30 days online by visiting wileyonlinelibrary.com and using code APA2016.