The ten year anniversary of 9/11 is just over and although I am well aware that many people are writing about it, I do feel compelled to do so too, since I have lived in New York City, and in the area of Ground Zero.  I am still shaken when I see the video footage of that day. And I believe so are many people. But the question is, if these pictures only make us think about past events, or if they make us reflect on the here and now. Since 9/11 we have lived under the constant threat that something similar would happen again. And it did, for example in London and Madrid. Although and mercifully on a smaller scale. But that does not make these events any less memorable. But what do we remember? The people that we have lost and the fear we felt that day? Or should we actually remember the feeling of companionship after these events? END_OF_DOCUMENT_TOKEN_TO_BE_REPLACED 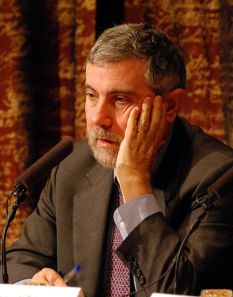 In a recent NY Times article, “Financial Reform Endgame,” Paul Krugman seems to suggest that politicians should sometimes make the perfect the enemy of the good. The issue that gives rise to this suggestion is whether, in response to the recent economic collapse, the U.S. Congress should pass financial reform aimed at preventing future economic collapses even if the proposed reform fails to establish, among other things, an independent protection agency for consumers of financial products. According to Krugman, the answer is no, because passing such a defanged version of reform today, while doing little to prevent a future economic collapse, would provide society with a false sense of security, which, in turn, would prevent politicians from passing a more robust version of reform tomorrow. END_OF_DOCUMENT_TOKEN_TO_BE_REPLACED

The election campaign here in Britain has started and the battle between the parties is fierce. The problems of the last decade, but especially of the last year are immense. In the next couple of weeks and month it will be looked closely at how the NHS has coped with Swine flu and how the Government has coped with the financial crisis. Those who will do the close looking are the so-called political analysts, and they will try to explain why the one or the other party is better. Gordon Brown, David Cameron and Nick Clegg will try to explain why they are the best choice for the country at the present state. But whom are they explaining all this to? It seems as if the media is the only addressee of all the information. But actually the addressee are WE. END_OF_DOCUMENT_TOKEN_TO_BE_REPLACED