The history of psychology suggests that the process of defining and diagnosing a mental disorder might involve as much art and politics as it does science. We are reminded of this in a recent NY Times article, “Revising Book on Disorders of the Mind,” where we learn that medical experts are hard-at-work on a new edition of the Diagnostic and Statistical Manual of Mental Disorders (DSM-5). Many changes have been proposed for the DSM-5: some semantic (e.g., replacing the name “mental retardation” with the name “intellectual disability”) and others diagnostic (e.g., preventing the over-diagnosis of bipolar disorder in children by introducing a new illness called temper dysregulation disorder with dysphoria).

Of course, many philosophical issues arise in this context. One might wonder about the ethical, epistemic, and metaphysical ramifications of having mental disorders defined from on-high, as it were, by a relatively small number of medical experts. For instance, to what extent should the opinions of individual doctors and patients be bound by the standards and norms articulated in the DSM? Is it ever sensible for individual doctors or patients to buck the apparent authority of the DSM? And if so, under what conditions, and for what reasons? Or, more generally, what role should the DSM play in the way we understand the nature of mental illness, how to treat it, and how to live with it?

Neuroethics: Ethics and the Sciences of the Mind
By Neil Levy , University of Melbourne
(Vol. 3, December 2008)
Philosophy Compass 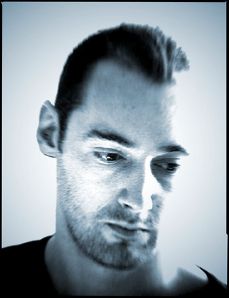 The notion of a mental disorder, or illness, is an essentially normative notion. It is dependent on the availability of some metric of normalcy, or orderliness. Whether a given mental tendency is a disorder or not depends on whether or not, and in what ways, it deviates from what is considered normal, or orderly. But, what are the norms that determine this metric?

This question is highly controversial, and its importance transcends far beyond the walls of academia. Few such seemingly terminological issues have such a tremendous impact on the day to day lives of so many millions of individuals across the world. For example, until quite recently (1973!!), homosexuality was considered a mental disorder by the American Psychiatric Association. Its status as a disorder gave legitimacy to subject individuals ‘afflicted’ with this ‘disorder’ to psychiatric treatment, often leading to detrimental effects (not to mention the pervasive social and legal discrimination they faced). Characterizing a given tendency as a disorder has the potential to bring about terrible harms and injustices. However, there are also cases in which pursuing various corrective measures seems crucial. Certain tendencies, such as schizophrenia, can be so disruptive to an individual’s life that treatment seems necessary. Labeling such a tendency as a ‘disorder’ potentially brings with it various societal and legal commitments to provide support that can substantially alter the lives of suffering individuals for the better. It is clear, then, that much hangs on how we come to characterize a mental tendency as a disorder.