A 91-year-old woman is selling suicide kits via Internet, author Sir Terry Pratchett is participating in a BBC Two documentary about assisted suicide. We face the fact that death has become such a mundane thing that requires a paradigm shift – althought it would just be a recursion to the Greeks. 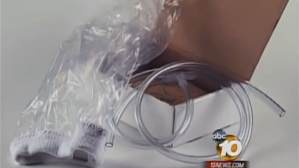 Treasuring life has been a cultural melting pot for many civilizations. Myths of creation are patterns of wisdom, regardless time and place, thought the occurrence of life is inseparable of its evanescent and renewal. The ways we perceive death are cultural constructs that shape within particular social and historical moments.

There is an intense debate on this subject: religiously, it’s prohibit – the right to give or take life belongs only to God. However, others believe that although killing a person is normally wrong, and worse than killing “any other kind of being” (like animals, for example, which are not self-conscious), in the case of persons it is worse to deny voluntary euthanasia than to provide it. To prohibit voluntary euthanasia is to promote less happiness, for it promotes the continued suffering of a self-conscious being who desires to end that suffering but knows that it will continue.

The Greeks called it a good and easy death (eu – good, thanatos– death). We know that in Sparta handicapped children were exposed and left to die, fact which was approved by Aristotle, for reasons of public utility. Plato expanded the practice to seriously ill elderly. Epicurus summed the general trend of thought of the ancient Greeks: We are masters of the pain, masters in their bearing, if they are bearable, and if not, we possess the ability to quit life, in the same way we leave the theater if we do not like.

Although there isn’t any ethics that could tell us for sure that euthanasia is morally good or right, the question which remains is: Are we giving too much weight to individual freedom? What could be next?

In the Annual Richard Dimbleby Lecture, BBC, this Monday, Sir Terry Pratchett offered a perhaps controversial view on medically assisted suicide in case of a terminal illness. Since he was diagnosed with Alzheimer’s disease in 2007, he is openly furthering the debate about assisted suicide in Great Britain. He is proposing to be used as a test case for a tribunal that would be made up of specialists in palliative care, and hopefully in ethics as well. Most important criterion to be on the tribunal is to be over 45 years of age, in order to hopefully having gained a little wisdom and compassion. Both are needed to decide END_OF_DOCUMENT_TOKEN_TO_BE_REPLACED