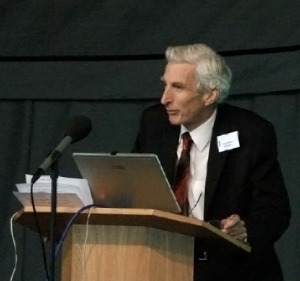 Last week, the theoretical astrophysicist Professor Martin Rees, former president of the Royal Society and current Master of Trinity College, Cambridge, accepted the Templeton Prize. Funded by a massive endowment from the Tennessee-born billionaire Sir John Marks Templeton (1912-2008), the prize is awarded, according to its website, to ‘a living person who has made an exceptional contribution to affirming life’s spiritual dimension, whether through insight, discovery, or practical works.’

That Rees’ acceptance of the prize has caused controversy should surprise few, given the number of highly opinionated and vocal participants in the current science-religion debate. Indeed one thing Rees was undoubtedly being rewarded for was his unusually conciliatory contribution to this often hostile conversation. But those who feel their hostility to be justified, particularly on the scientific side, regret what they perceive as the conversion of Rees into a mascot for the scientific respectability of religion, or, as the evolutionary biologist and polemicist Jerry Coyne bitterly puts it, ‘a prize catch for Templeton.’ Religion and ‘affirmation of life’s spiritual dimension’ do not deserve the respect of science, they believe, and Rees’ acceptance of a Templeton Prize can only serve to obscure this fact.

Two prominent public intellectuals have debated this issue in a recent conversation, published in the Guardian: atheist activist and neuroscientist Sam Harris and Robert Winston, Professor of Science and Society and Emeritus Professor of Fertility Studies at Imperial College. There is little of philosophical interest in this debate. But one interesting point does come up concerning the possibility of insulating the beliefs one holds ‘as a scientist’ from one’s other beliefs. Winston argues that this is perfectly possible. As long as, for instance, the genetic research of the scientist and born-again Christian Francis Collins is scientifically rigorous, his other beliefs should be taken as irrelevant to his status as a scientist. Harris disagrees, denying that ‘a scientist can practice his science in isolation from the rest of the scientific worldview.’

It is often hoped that philosophy can adjudicate in science-religion controversies. This is mostly an idle hope, since the level of debate is usually far below that at which philosophy could be of any use. But this case might prove an exception. Every philosopher of science is familiar with Quine’s essay, ‘Two Dogmas of Empiricism’ (available online here) and knows the dangers facing anyone who attempts to give truth conditions for individual claims about the world in empirical terms. Quine famously argues that one can, if pressed, maintain the truth or falsity of any particular claim in the face of any empirical evidence, by revising other related claims. Thus empirical verification applies only to sets of claims about the world; it does not apply to each claim individually. As Quine puts it ‘…our statements about the external world face the tribunal of sense experience not individually but only as a corporate body.’

What does this have to do with the Harris-Winston debate? Well, it seems that any question about whether a set of beliefs counts as ‘scientific’ will inevitably involve a question about whether that set of beliefs is empirically verifiable or perhaps falsifiable. But if empirical verification can only apply to beliefs en masse, in the way Quine suggests, then so far Harris is right to insist that there is not likely to be any possibility of isolating a privileged subset of a scientist’s beliefs about the world as his or her ‘scientific’ beliefs and holding his or her other beliefs to be irrelevant to the scientific status of this privileged set. There are complex lines of interdependence running among all our beliefs, probably more so than we ourselves are aware, and any attempt to take one set of beliefs as independently susceptible to a standard of verification risks overlooking this important fact.

But this is hardly a victory for Harris’ side in the debate. The reasoning behind ‘Two Dogmas’ is equally powerful as an argument that there is no clear category of unquestionably scientific beliefs. For if our beliefs face the tribunal of experience as a corporate body rather than individually, then it follows that which beliefs we choose to revise in the face of new empirical evidence is very much left up to our free choice. As Quine says in the last section of his famous essay: ‘…total science is like a field of force whose boundary conditions are experience. …But the total field is so underdetermined by its boundary conditions, experience, that there is much latitude of choice as to what statements to reëvaluate in the light of any contrary experience.’ This means, in turn, that if scientific beliefs are defined as those most rigorously determined by the empirical evidence (or something like this), then it is an arbitrary question which of our beliefs are scientific: after all, it is up to us which of our beliefs should be modified in the face of empirical evidence.

One consequence of this argument, as Quine admits, is ‘a blurring of the supposed boundary between speculative metaphysics and natural science’. All theories are speculative insofar as their truth cannot be fully determined by the empirical evidence; all theories are scientific insofar as their truth can be partly determined by the empirical evidence. What this suggests to me – and what I believe it suggested to Quine –  is that we are better off abandoning the question of whether our theories are scientific in order to less dogmatically address the question of whether they possess what we take to be the important epistemic virtues. This, of course, raises the vexed question of what the epistemic virtues are, which reduces pretty quickly to the question of what intellectual standards ‘we’, as a society, desire to maintain. It seems that Harris’ disagreement with other scientists is really on this fundamental and difficult question. He cannot hope to avoid it by appealing to an imaginary firm and agreed-upon criterion of scientificity.

The label ‘scientific’ will undoubtedly remain polemically valuable as a flag to wave in people’s faces. But it is unlikely to be capable of doing the kind of philosophical work that Harris wants it to do. Those who criticise Rees for lending scientific respectability to beliefs of which they disapprove must show not that those beliefs fail to be scientific but rather that they fail at some more theoretically basic level – for instance, at informing explanations capable of serving our shared needs. That is to say, they must ask deep, troublesome questions about what we collectively want from our theories, rather than shallow, rhetorical questions about what a commitment to science entitles one to believe or support. This approach may prove interesting as well as productive. But it is far trickier than any mere polemicising about the iron virtue of science.

3 thoughts on “The Debate on Martin Rees’ Templeton Prize”