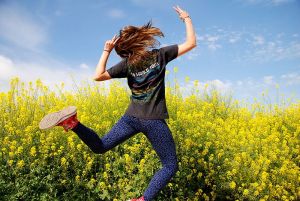 In these secular days most of us accept we haven’t got an afterlife to look forward too, and most of us don’t hold the belief that we are going to come back in another form. In short this is the only chance we have to be happy, and since this is the only shot we’ve got we owe it to ourselves to make sure we are happy, and so we feel that any time spent suffering is time we have failed to utilise. This is the conclusion the French philosopher Pascal Bruckner came to in his book Perpetual Euphoria: On the Duty to be Happy in 2001 (although it has been in the news recently as it has just been made accessible to the English speaking world thanks to a new translation of the work by Steven Rendall).

The argument Bruckner gives is a historical one; in the past, when life was more cruel than it is now and very little pleasure or happiness was to be had, religion was the relief from the everyday grind of life. Tilling the field is hard, heavy work, and with no BBC Radio 6 to keep you company it’s boring too. Of course, it needs to be done because you have to feed yourself and your family and pay your homage to the local lord, and this goes on day in day out for pretty much your whole life. Not the happiest of existences by anyone’s standards, but its not so bad because if you go through with this for a few decades, but live a well-meaning life and generally do what the priest tells you to do, when you die you’ll live in bliss for eternity. Alls well that ends well.

However over the centuries more and more was chipped away from the great fortress of organised religion, until we get to the point we are at now and there is less reason than there ever has been to suppose the existence of a God. This is good if the truth alone makes you happy, but if you still lead a hard life without even the pay off infinite happiness for an infinitely long time this very reasonable doubt over the existence of God is very upsetting news indeed! Now there is nothing to look forward to after death, and if you aren’t happy in life, you never will be!

So the pressure is on to increase the happiness value of the life you are currently living. This can be frustrating much in the same way as leaving childhood is frustrating; you need to worry about things for yourself now. Perhaps what makes it more frustrating, so says Bruckner, is that this modern kind of need to attain happiness is harder than it previously was. Where as once suffering was something that had to be endured and could even act as part of your penance to make sure your lot in the afterlife was better, now suffering is seen as not only very unpleasant, but also a dreadful waste of time! This may seem like a strange way to think about suffering, as a waste of time, but when you think of it in the terms that your life is short, you therefore have a short amount of time in which to experience happiness, therefore time spent suffering, the opposite of happiness, is time poorly spent.

Because us Westerners can’t help but view life as one big competition (‘whoever reaches the finish line with most toys wins!’), Bruckner is outraged by the perversity of turning the pursuit of happiness into a competition. He claims that happy people tend to flaunt their happiness in the faces of unhappy people, which leads unhappy people to feel that because they are unhappy they are failures. However it can often be the case that those who are unhappy live very valuable lives (to take a philosophy-friendly example, few would say that Wittgenstein was a happy man, but philosophers would, I imagine, unanimously agree that he lived a very valuable life), and conversely “assiduously cultivated happiness is sometimes not particularly valuable.”

This is not to say that being happy is wrong. What is wrong is to assume that happiness is the only part of life worth living and that suffering isn’t a natural part of life.

I’m willing to take suffering with happiness in life without knowing for certain what the balance of the two is going to be, but if what you want is the guarantee of happiness perhaps you born in the wrong century; you’d be better off ploughing a turnip field in a medieval village.

I am a postgraduate student in philosophy at Kings College London and an aspiring academic. View all posts by Steven Hedley

2 thoughts on “Happiness: If You’re Not Feeling it You’re Committing a Crime Against Yourself”