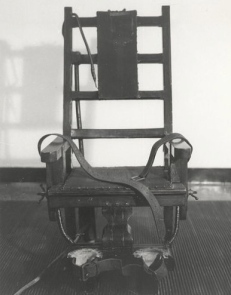 The Game of Death, which goes out tonight on the state-owned France 2 channel, recruited ordinary people who had no idea they were being set up.

Based on a US psychological experiment in the 1960s, the man apparently being shocked is zapped each time he gets a quiz question wrong.

Each time the show’s hostess urged contestants to turn up the voltage until the man screamed in pain with the audience, who also believed the game was real, shouting “punishment” as encouragement.

Situationism is a recent trend in moral philosophy that denies the existence of global character traits.  (“Global” character traits are what non-philosophers just call “character traits”; they’re dispositions like kindness, generosity, courage, mean-spiritedness, and competitiveness, that crop up across a wide range of situations.)  Situationists believe people are motivated by highly situation-specific factors.  Someone might be generous to family members, on sunny days, after she’s had a good night’s sleep, for example, but no one displays the global character trait of generosity.

Situationists cite the Milgram experiment like crazy.  They take the willingness of people to torture strangers as evidence that people lack global character traits like sympathy and kindness.

I think my preferred interpretation makes good sense in the game-show case.  The contestants may be kind– even globally kind– but much more than that, they don’t want to disobey an authority figure on TV.  From the same article:

“They are not equipped to disobey,” [Christophe Nick] added. “They don’t want to do it, they try to convince the authority figure that they should stop, but they don’t manage to,” he told French news agency AFP.

Thus the game show doesn’t reveal the non-existence of character traits, as the situationists would have it.  Rather, it reveals the presence of an obedient (and probably an attention-grubbing) character.

Anyway!  I’m all for game-show recreations of famous experiments in psychology.  Let’s hope they make it a series!

2 thoughts on “Next week on Experiment Theater…”