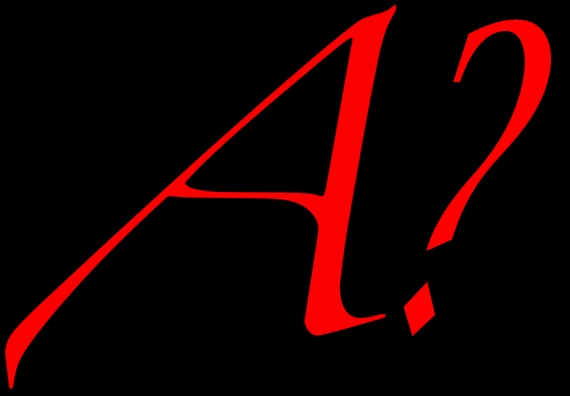 The battle has finally been joined. For Atheist Delusions is the frontal counter-attack that intelligent persons of faith have been long awaiting. Poor arguments against belief are simply swatted away (e.g. “the truth is that religion and irreligion are cultural variables, but killing is a human constant”, 13). But the main target of attack is the “New Atheism”, particularly those ‘devoutly undevout’ academics evangelizing what David Bentley Hart calls ‘the Gospel of unbelief’. Hart is certainly not alone in his criticism – even if he goes further than most, to the extent that his hyperventilating apologia for Christian humanism might leave more mild-mannered readers somewhat uncomfortable. A taste of his assault on a group he dubs ‘manifestly moral idiots’ is enough to make one blanch; extending to the ‘extravagantly callow’ Sam Harris (The End of Faith) and the ‘borderline illiterate’ Dan Brown (The Da Vinci Code); to the ‘intellectual caricature[s]’ and failure of ‘consecutive logic’ by Christopher Hitchens (God is not Great); let alone Hart’s disdain for the High Priest of Atheism, Richard Dawkins (The God Delusion), that ‘tireless tractarian’ with ‘an incapacity for philosophical reasoning’ (236, 3-4).

Clearly unwilling to suffer those he considers fools, Hart’s book also, unusually and significantly, demands of readers a choice: there are either materialistic truths bereft of any metaphysical Truth, or Truth is but partly served by the Heideggerian techne of modern science and its ideological shock-troops. Fence-sitting is not allowed here any more than in books by Hart’s antagonists. In sum, this is a post-secular (to use Charles Taylor’s term) apologia by a believer in both the faith and superior values underwriting nearly two millennia of a “Christian interruption” in Europe. And this Christian epoch, for Hart, effectively book-ended between the Desert Fathers and Friedrich Nietzsche, is proudly characterized here as precisely the ‘slave morality’ famously decried by the latter.

Yet contra Nietzsche’s withering attack against humanism, argues Atheist Delusions, there is an intolerance in Christianity that is thoroughly unbourgeious and deeply unmodern (and for Hart, therefore, positively against contemporary “nihilism”). For Christians, in short, not all is permissible: “pagan religious culture was immeasurably more ‘tolerant’ than Christianity ever was – indeed, it could tolerate just about anything” (120). And the pagans of late modernity, Hart suggests, can themselves tolerate just about anything but canonical doctrines. It is here that Hart elides his dual, overlapping narratives: of the 4th century Roman Empire under religious attack from within, and of a 21st century that Hart fears is heading in the opposite direction; namely; regressing toward a kind of ‘learned barbarism’.

Only now, posits Hart, has Christianity’s Faustian pact with temporal power fully come home to roost. If Christianity’s greatest triumph was via Constantine’s conversion in 313, and more symbolically Theodosius’ submission to Bishop Ambrose’s authority in 390, it was simultaneously “the Christian revolution’s greatest defeat”: political power. With the wholesale divestment in earthly power now obvious for all to see, Atheist Delusions is not itself deluded about the threatened future for organized religion. But Hart’s point throughout is different. Losing the Christian morality underpinning ‘Western’ civilization is also fraught with danger, potentially leading to “a fairly unsentimental calculus of utility” when it comes to the value of human life (237). And wherever one stands on this prickliest of issues, Atheist Delusions should be welcomed enthusiastically, for opposing ‘sides’ now have their ammunition.

The remainder of this review shall draw attention to a phenomenon situated firmly in a no-man’s land’ that I feel neither Hart nor his opponents have properly grasped; namely, the concept of ‘political religion’. For the former, this is merely secularism masquerading as an extreme ideology; and for the latter, it is yet another manifestation of a monotheistic faith that has sacralized a form of totalitarian rule. Ironically enough, the charge of “atheism” levelled at early Christians by the polytheists (noted across Hart’s account) is quite analogous to his own dismissal of political religions as a convoluted form of modern atheism (cf. 14ff). In short, is ‘political religion’ a bastardized form of religion, or an intolerant offshoot of secularism? Correspondingly, are the political religions of the last hundred years a pox on the position of Christians or New Atheists – to use the dialectic favoured by Atheist Delusions – or more widely, of non-believers or all persons of faith?

To see the glass as half-full, the opposing camps on ‘religion’ are together partially right. Political religions, as understood in current scholarship, are neither orthodox religions per se, nor simply a manifestation of secular modernity. It is both and neither: these are utopian, faith-based doctrines, fuelled by a demonization of otherness in the creation of an earthly Shangri-La. In a way, ‘political religions’ are to monotheism what polytheism was to early Christianity: an enormous obstacle meriting only conquest, or better, erasure by appropriation (think of the mapping of Christmas on the pre-existing pagan festival of Saturnalia). As Hart puts it regarding the Christian takeover of the pagan Roman Empire: “The old and new faiths represented two essentially incompatible versions of sacred order and of the human good.” Yet just like the revolution wrought by fourth century Christianity forming the core of Hart’s argument, the 20th century political religions, too, touted “the invention of an entirely new universe of human possibilities, moral, social, intellectual, cultural and political” (134). As Emilio Gentile, for one, has repeatedly shown in exhaustive detail, this more recent and disastrous ‘revolution of faith’ struck observers with the same force as early Christianity’s heresies struck its pagan critics.

But political religions are not just an updated paganism which, like modern spiritualism, permits all but the doctrinaire. If hostile to traditional forms of monotheism, political religions nevertheless usurped these aesthetics in order to draw upon the affective power of an all-encompassing system of secular faith: totalitarianism. For this way of doing politics, value was stripped from the individual, now become a cell in a larger body of her or his sacralized racial, class or national group. The political religions of Mao, Stalin, Hilter and Mussolini were thus not religious in any supernatural sense. This was the deification of the secular.

Importantly – since many seem to fudge this critical point – political religion is therefore not as a metaphor but an actual replacement, or ersatz, religion in its own terms. If one accepts Emilie Durkheim’s conception of religions through their phenomenological, concrete manifestations in the world – that is, how initiates act within communities of belief, and how such these functionally employ religion to provide meaning to everyday life (leaving open the question of manipulation from above or natural occurrence from below) – political religions are not like, or similar to, monotheistic religions. Instead, they are precisely these monotheistic religions in modern purple, simply shorn of otherworldly expectation. Redemption came to be fulfilled by other, far more intolerant and voluntaristic programs. And in the end, true believers were no less religious extremists than that inverse form of ‘sacralized politics’, religious fundamentalism – even if this ‘mission’ was to eliminate the Church’s influence, as in the Soviet Union.

Finally, in terms of the legacy, or perseverance, of Christian humanism, the stakes riding on interpretations of political religion are high in debates over faith. Between the totalitarian ‘political religions’ of the 20th century – notably Pol Pot’s Cambodia, Mussolini’s Italy, Hitler’s Germany, as well as communist North Korea, China and the USSR – more than 100 million people were violently murdered since 1917 alone; through starvation, overwork, neglect, experimentation, systematic extermination… the list is as long as the noir imagination. This was not traditional religion at work, whatever its pasts might suggest. Nor were these enormous projects of human engineering secular in any conventional use of the term. Political religions, rather, are a hybrid. They draw upon religious impulses, signs and behaviour, but do so to realize secular aims. That this should uncomfortably veer into the post-humanistic horrors of totalitarianism – which both believers and non-believers ought to recognize as a part of ‘their’ respective narratives – can be brought home by citing two representative accounts from those notorious ‘totalitarianisms in comparison’, Nazism and Stalinism:

I could not believe that Germany would lose the war until I saw a tank in front of my door.

In the terrible spring of 1933 I saw people dying from hunger. I saw women and children with distended bellies, turning blue, still breathing but with vacant and lifeless eyes …. I saw this and did not go out of my mind or commit suicide. Nor did I curse those who had sent me out to take away the peasants’ grain in the winter, and in the spring to persuade the barely walking, skeleton-thin or sickly-swollen people to go into the field in order to “fulfil the Bolshevik sowing plan in shock-worker style.”

Nor did I lose my faith. As before, I believed because I wanted to believe.

I am a teacher. I love THINGS. THINGS are the doorway into knowledge and understanding. View all posts by Mr Cooper

One thought on “Atheist Delusions”